As we continue our journey of wellness and longevity, I’d like to share a fitting story for you to chew on.  Although I was already familiar with this true story, I really like the way our senior pastor shared it one day in church.  This is the story of Harland, and it contains a very powerful lesson, from which we all can learn.  I’ve been telling this story for years now, and I never tire of studying it… 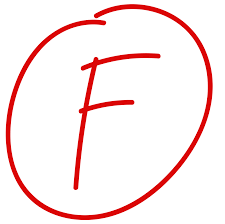 He was lying there in the grass hiding and thinking.  He had studied the little girl’s habits, and knew she would come outside her grandfather’s house in mid afternoon to play.  He hated himself for what he was contemplating.  In his whole miserable, messed up life, he had never once considered anything so awful as kidnapping.  Yet here he was lying in the grass, hidden by trees from the house waiting for an innocent, red haired, two year old girl to come within reach.  It was a long wait, and there was lots of time to think.

For all his life, Harland had been in too much of a hurry.  He was 5 years old when his farmer father had a heart attack and died.  At 14 he dropped out of school and hit the road.  He had tried odd jobs as a farm hand, but he hated it.  He had tried being a street car conductor, but he hated that.  At 16, he lied about his age and joined the army.  He hated that too.  When his one year enlistment was up, he headed to Alabama and tried blacksmithing and failed at that.  He became a railroad locomotive fireman with a southern railroad, and he actually kindda liked that and figured he’d finally found himself.  So at age 18 he got married, and within months his wife announced that she was pregnant on the same day that he had to announce that he had been fired from his job.

Then one day, a few days later, while he was out job hunting, his young wife gave away all their possessions then went home with her parents.  …Then came the depression.

Harland couldn’t wait.  He couldn’t win for losing.  He really tried, though.  Once while working in a succession of railroad jobs, he actually tried studying law by correspondence, but he dropped out of that too.  He just didn’t like it.  He tried selling insurance, but he hated that.  He tried selling tires, but he didn’t like that either.  He tried running a ferry boat and running a filling station, all of no use.  “Let’s face it”, Harland thought to himself, “I am just a loser”.

And now here he was, hiding in the weeds outside of Roanoke, Va, plotting a kidnapping.  He had watched the little girl’s habits.  He knew that every day at this time, she would come outside to play.  But on this one day, for some strange reason, she did not come out to play.  So, once again, Harland’s chain of failures continued unbroken.  He couldn’t even pull off a kidnapping.

Later in life he became a chief cook and bottle washer at a restaurant in Corbin.  He did alright until a new highway bypassed the restaurant.  And then as expected, life span ran out.  He wasn’t the first man, nor will he be the last, to arrive at the twilight of his life with nothing to show for it.  He had stayed honest except for that one time when he attempted kidnapping.  In fairness to his own name, it was his own daughter that he meant to kidnap from his runaway wife.  But luckily for him and for the family, after she cooled off the next day the wife returned home to him, bringing their daughter with her, and the family was reunited once again.

But now the years had slid by and his lifetime was gone and he and his family had nothing.  He never really felt old until the day the postman brought his first social security check.  That day, something within Harland exploded.  The government was feeling sorry for him.  It was saying to him, You’ve had all your times at bat, never to get a hit.  And now it’s time for you to hang it up.  It’s time to give up and retire.  His restaurant customers in Corbin said they’d miss him, but his government said 65 candles on his birthday cake was enough, so they sent him home with a pension check and told him he was too old.

Harland said, “No way!”  He got so angry that he took the $105 pension check and started a new business.  That business flourished, then it prospered.  And Harland became a multi-millionaire.  For the man who had failed at everything, save this one thing…The man that would’ve become a criminal (a kidnapper) had he not failed at that…The man who never got started until it was time to stop…was named Harland Sanders.  “Colonel”Harland Sanders.  And the new business that he started with his first social security check was what we call “KFC” or Kentucky Fried Chicken.

And in the words of Paul Harvey:  Now you know the rest of the story!

Remember my vision for us — We will age together! But we will be different from previous generations. I want us to be functional centinarians, free from the chronic diseases and pains so common today. Know this:    Aging is mandatory. Maintaining functional fitness and vibrant health — well, that’s optional!

Have a super great day, and an even better tomorrow!  See you soon!

There are no users currently online